Send Us A Message!

Send Us A Message! 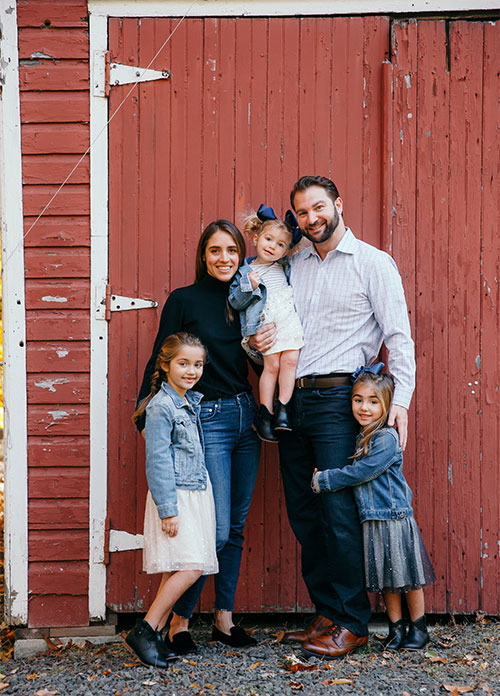 Dr. Eric, the oldest of four children to Dr. Doug and Patti Veenstra, was born and raised in Wyckoff, New Jersey.He graduated Eastern Christian HS in 1999, Calvin College (Grand Rapids, Michigan) in 2003, and UMDNJ (currently Rutgers Dental School) in 2007. Following graduation from Dental School, Dr. Eric joined his father, Dr. Doug, in his practice in Midland Park, NJ that was originally established in 1981. They have loved working together and feel blessed to continually grow in their service to the community where they’ve been for over 35 years.

Dr. Eric values providing the best treatment and the best experience for his patients. and that has led him to pursue hundreds of hours in advanced dental education. He specifically focused his education for several years to implant dentistry when he saw a need in his practice to give his patients the best treatment options available. He completed an externship from NYU Implant Continuum in 2010, an externship from the Misch International Implant Institute in 2012, and an AAID Maxicourse in Implant Studies from Rutgers University in 2015.

In 2013, he married his beautiful wife Kimberly and has since had three precious little girls: Madelyn, Dorothy, and Valerie whom he couldn’t love more! He loves the time he gets to spend with his ‘Girls’ as well as enjoying sports, music, food and being surrounded by friends and family. Over the years he has coached children soccer teams, volunteered his dental abilities on mission trips to Honduras and Africa, and has always been involved with his church.

Dr. Eric truly enjoys taking the time to get to know his patients, considers them friends, and feels blessed to be able to care for them.

Dr. Doug was born and raised in Haledon, NJ, one of three sons to Rich, a milkman, and Lois, a church organist. He married his Calvin College sweetheart, Patti, one week after graduation, and one month later, started dental school at UMDNJ (now Rutgers Dental school). After graduation, he did one year General Dentistry Residency at Bergen Regional Medical Center, after which he opened up his own practice in Midland Park, in 1981.

Along the way, he’s had four great kids, Eric, Adam, Jaclyn and Joel, three beautiful daughter-in-laws, Kimberly, Karen, and Anna, and five grandchildren (so far) – all of whom he considers his greatest blessings.

He has always enjoyed sports, food, gardening and laughing with friends. Throughout his career, he’s been able to volunteer time to short-term medical-team missions to Central America, and has always had a love & dedication to the church and it’s ability to help people in need.

Dr. Doug considers his patients his friends and has always preferred a first-name basis to titles and formalities. The best part of his dental career has always been the relationships he has had with his outstanding staff and so many wonderful patients.


Leave us a Google Review